When Whittlesey Museum was founded in 1976, some large objects were displayed on a raised area of paving slabs at the rear of the museum yard. Subsequently, wall panels and a roof were added to a frame around this area, and the museum “Prefab” building was created. 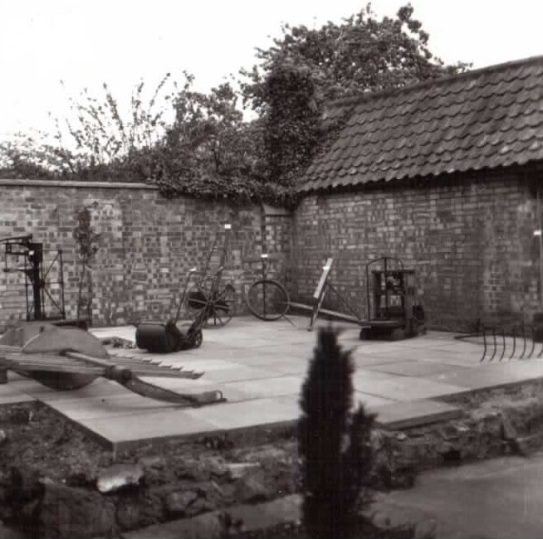 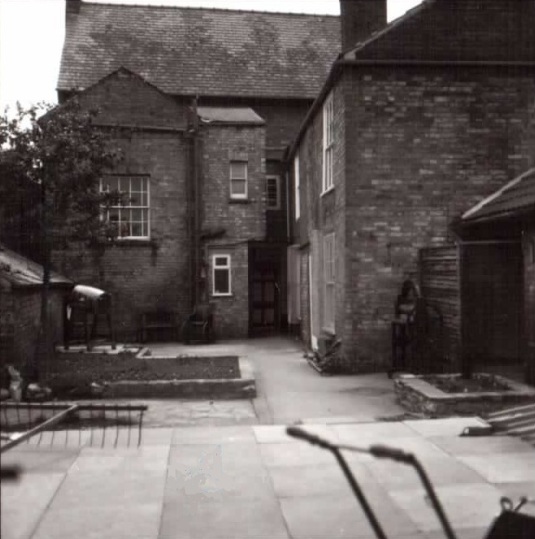 The Prefab building contains three spaces – a long room running from front to back along the left-hand side of the building, a smaller open area at the front right and a private room with partition walls and a door at the rear of the building.

The Prefab has had many uses over time, sometimes being partially open to the public with displays of domestic items or bricks on the left-hand side. However, since the Millennium it had largely been used for storage of the ever-increasing volume of museum objects and equipment.

Since 2014 museum volunteers have been working on a long-running project to clear the Prefab so that it can once again be open to the public. This also provides better storage and display conditions for the several hundred historical objects which were inside, and improves the working conditions for museum volunteers who need to use the equipment. As all Accredited Museums are bound by strict ethical guidelines restricting the disposal of museum objects, new homes had to be found elsewhere in the museum for many items – almost all of which are now accessible to visitors.

The first stage of the project was to spend a year re-displaying the replica blacksmith’s forge room which was built in the yard of the museum in the 1980s. A heavy iron clock mechanism which had been used in St. Mary’s church tower had to be moved out of the forge and given a new wooden case in the corner of the yard (to protect it from rain), then dozens of agricultural tools from the Prefab were hung on the walls of the forge and several larger items were moved in too.

2015 and 2016 saw the focus shift to the Back Yard Redevelopment project in which a derelict yard space was cleared and renewed to hold painted metal museum objects and a large display shed to contain the wooden funeral bier previously stored inside the Prefab. This created a lot of space in the smaller right-hand room inside the building. More space was also made indoors by moving the museum collection of bricks from the local brickyards out into a shed in the main yard, where they are now displayed next to a mounted collection of local railway signs and a restored cartwheel on a historical hooping plate (used when attaching red-hot iron tyres to wooden wheels). The two open areas of the Prefab were then painted to make the space more suitable for use as public galleries in the future. Funding for these developments was largely supplied by two generous grants from the Arts Council England via SHARE Museums East and Museums in Cambridgeshire. As part of this re-arrangement, several vintage lawnmowers belonging to the museum were given new replica wooden rollers and transferred from the museum yard to the nearby, Accredited, Ramsey Rural Museum who were able to offer them indoor display space in a room dedicated to the history of the lawnmower.

In 2017 attention moved on to the private back room of the Prefab, where surplus display equipment such as extra mannequins, folding tables and the museum Christmas Tree are stored. This room had also become a mixture of historical objects and modern items but it was completely cleared and painted, and had “temporary” wooden shelving from the 1980s replaced with modern metal racking. The intention is that this space will eventually become empty enough to use as a volunteers’ work area for small restoration projects such as repainting the freestanding objects.

Whilst the Prefab project was taking place, a new ongoing calendar of four temporary exhibitions per year was also being created for Whittlesey Museum. Once fully cleared, the right-hand room of the Prefab will be used as a permanent home for these changing displays, so that they do not need to cover up or disrupt objects in other rooms. The left-hand side of the building will also be open to the public to display washday equipment such as mangles, and other large domestic objects.

Whittlesey Museum receives no regular funding from external sources to support its work. Thank you for helping us to continue to preserve fenland heritage.